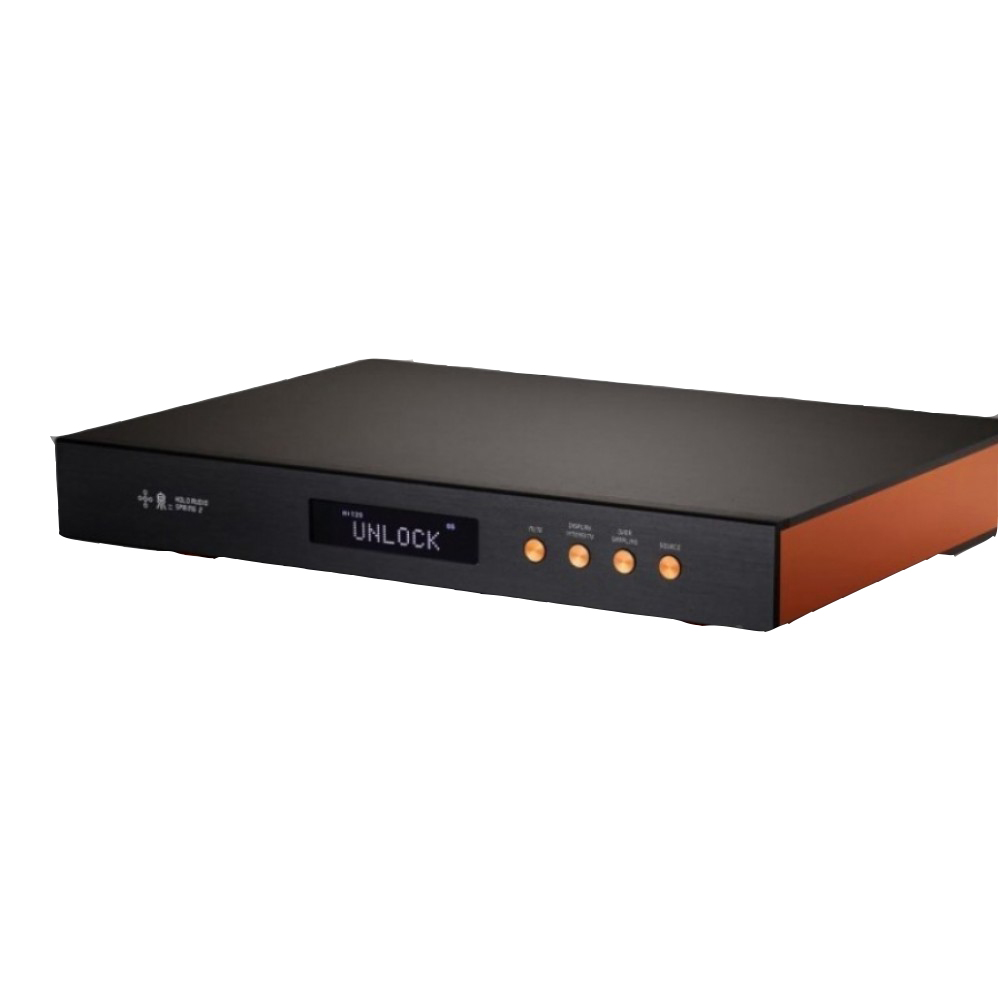 It’s a full discrete R2R type of digital analogue converter and does not have a typical dac chip but its fully discrete core DAC design.

DSD is natively supported this R2R Discrete DAC. In fact these are two separate DAC's, noe does DSD and one PCM.

This is not the DSD converted to PCM before digital-analog converter, but directly by the discrete components of the DSD digital to analog converter. Supported currently on MAC (DOP) and Linux (DOP), and Windows/PC (Direct Native and DOP).

The highest grade components are used in our very popular KTE version products.

This Spring2 KTE version will include an upgraded ultra premium transformer that is 100VA O-Type green label pure 4N silver.

Price is significantly more due to the OCC Silver Primary and OCC silver secondary wire used in this transformer.

The sound improvement is not subtle, it’s a night and day improvement in our opinion and many of our customers agree.

Kitsune has tuned this Spring 2 DAC for no compromise performance and targeted at the enthusiast audio lover.

This transformer is our finest available model and makes the Spring’s sound quite elegant and improved detail. more features mentioned below.

The following is added to KTE Spring2:

4. All PCB plugs and wire plugs are removed and then wire is soldered direct to the PCB

7. Mundorf EVO Silver/Gold Oil caps (we have done extensive testing and these prove to provide the very best sound quality)

Patented R2R technology. Discrete DAC that has Linear compensation and this allows for ultimate music reproduction accuracy. Separate R2R network for PCM, and  R2R for DSD.

One of the strong points of the spring is the spatial sounds stage presentation. It’s very wide and precise. It never sounds congested like many DACs.

The high end is very detailed and never harsh sounding. It has the R2R goodness that many have come to know and love.

HOLO Audio is the world’s first to support DSD natively on R2R DAC, so far the only one. This is not the DSD converted to PCM before digital-analog converter, but directly by the discrete components of the DSD digital to analog converter.

There are ways to improve the performance, the segment+R2R is one way. Trimming is another way. There is an additional R2R ladder in Spring, it compensate the main R2R ladder. It works like trimming, but trimming is to change the resistor value.

This additional R2R ladder are digital controlled and is to compensate the resistor tolerance. For example, the MSB of 16 bits should have the value of 32768, but due to tolerance, it represent 32700 in real world.

Actually there are other ways to improve performance, I just told you two stories. There are more stories behind the design. It is really hard. I must count every via holes in layout, every PCB wire has it’s impedance and must put attention on it.

Maybe you will go crazy, it seems to be an impossible mission. But a good designer will overcome all these problems. It’s our value at HOLO Audio.

All the resistor tolerance, switch impedance, line impedance, via hole impedance, finally reflect as linearity. There is a chart that shows Spring’s linearity, it’s excellent.

If you look at the THD performance, you will find Spring to maybe the best among those competitors. I’m applying a patent which contribute a lot of that performance. But I can’t tell you how. It’s confidential now.

There’s an additional R2R ladder in the Spring DAC, it compensates the main R2R ladder. It works like trimming, but trimming is to change the resistor value. This additional R2R ladder is digitally controlled and will accurately compensate the resistor tolerance. For example, the MSB of 16 bits should have the value of 32768, but due to tolerance, it represents 32700 in real world results. Then that additional R2R ladder will compensate 68 into it. Thus it now becomes 32700 + 68 = 32768. What this means is that it’s likely the most precise Discrete DAC on the market with near flawless linearity, lowest THD and highest SNR of any NOS DAC. The sound is simply something you must experience to fully realize how special this DAC is. It’s a patented technology exclusive to Holo Audio.

Try watching this video on www.youtube.com, or enable JavaScript if it is disabled in your browser.

3 years warranty, both parts and labor, cover one way shipping (return shipping once product is confirmed a warranty claim). 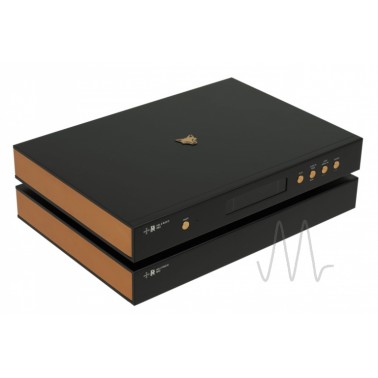 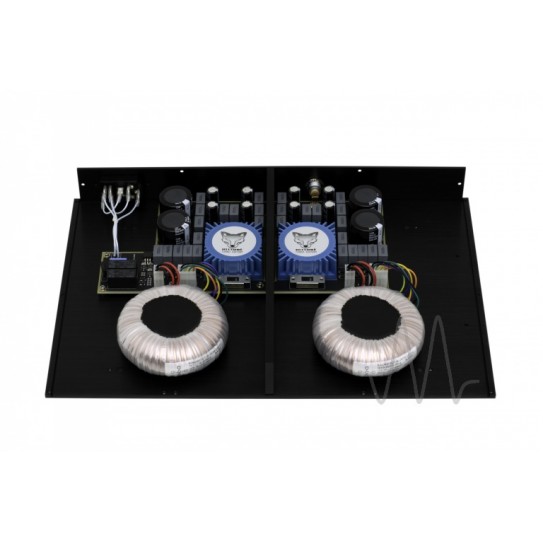 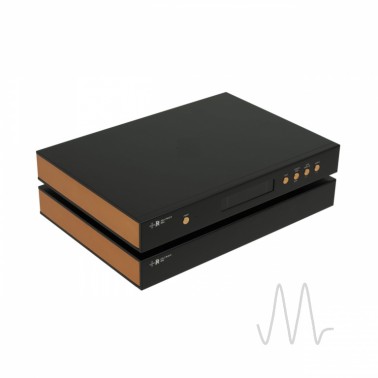 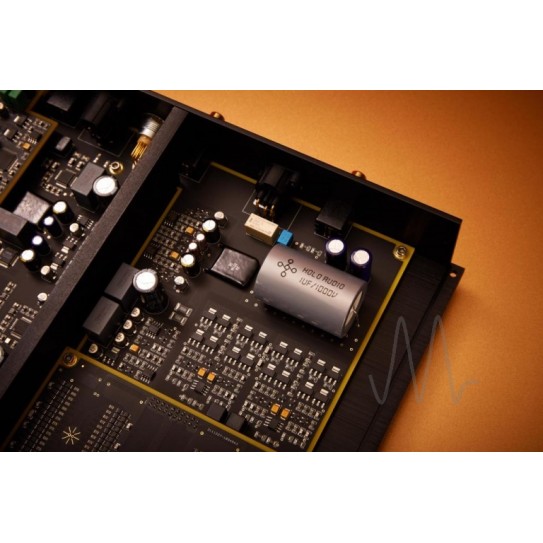 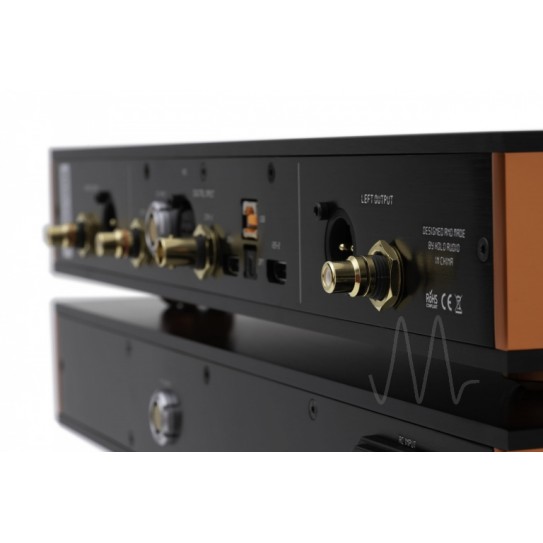