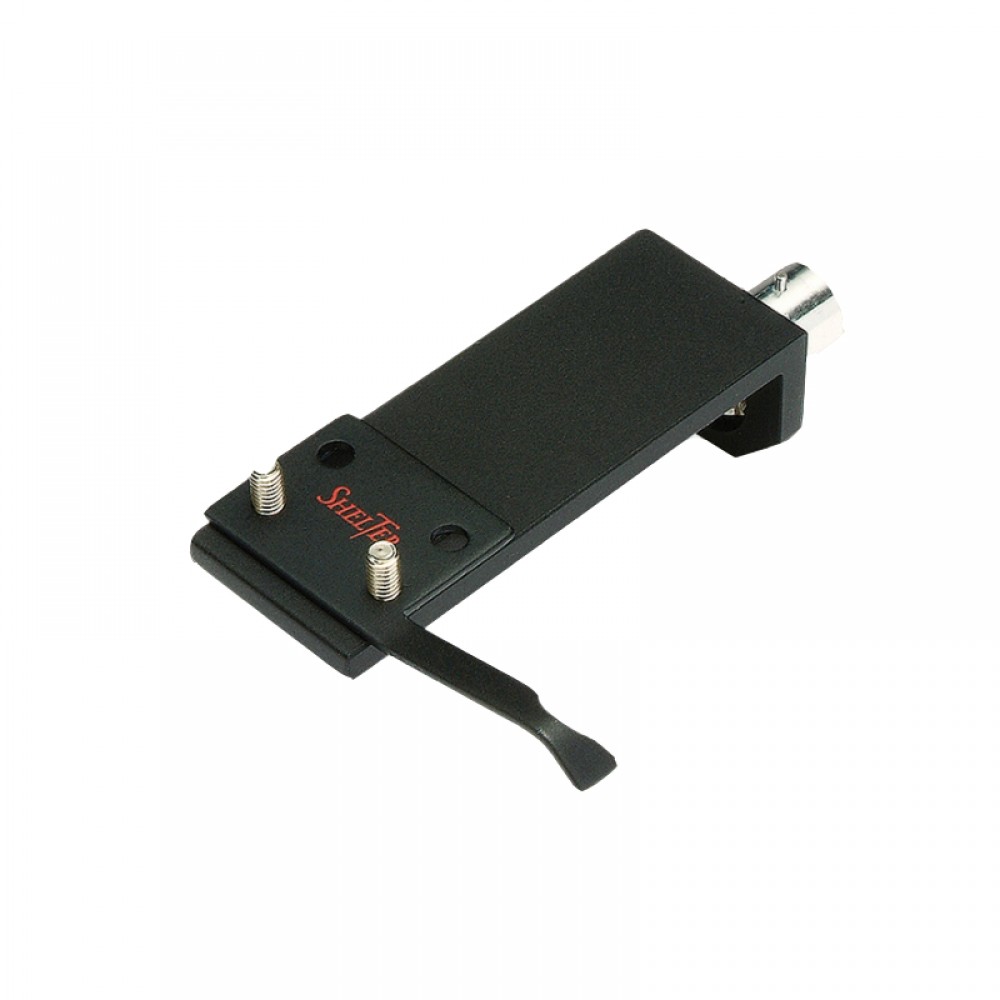 The Model 1011 series head-shell uses choice aluminum (6063) that has high degree of internal loss and less ringing. It is separated, finger hook type.

The finger hook provides M2.6 x 2 screw holes and 2 through holes for of total 4 installation holes. It has a threaded screw hole that allows you to utilize various cartridges without the need for a nut.

All Shelter MC phono cartridges are hand-made at a workshop in Japan by adept craftsmanship, then they are all inspected and quality assured by Yasuo Ozawa himself, the designer and founder of Shelter.

The sound timbre of audio system mirrors each owner whose values and lifestyle so it never be the same sound. Especially the analog playback is very sensitive because the sound character

immediately changes with only changing the screw which fixes the cartridge and head-shell. This means that the hobby of audio isn’t a thing to compete superior or inferior of an absolute sound

, but it is indicating just like ways of self-expression to complete the painting a piece of picture. Through the smooth and warmth sound character the Shelter phono cartridge was born

to realize the sound character that is only possible to delineate by you. The balmy sound may feel a lack for the first listening, but it doesn’t become weary for many years and there is always new discovery.

This smooth, warmth and balmy sound is what we put the true personality to the Shelter product.

Moreover, we also consider to prevent sound character change occur during the product lifetime by only using carefully selected component part. In addition, as another characteristic of

Shelter, a single individual designer supervises all products since the company establishment, also sincerely coping to the after follow of those products we sold. For example, even model 701

He designed many tube amplifiers when he was in junior high school age, and majored in electrical engineering at the university with aiming an amplifier designer, but he found the charm

of analog pickup which can practice the whole design of sound reproduction that he imagines. In 1982 he joined Fidelity Research (FR) and started its career as a phono cartridge designer.

He participated to design MC phono cartridges of MCX-3, MCX-5 and other products during his work at FR. He then became independent in 1986 to establish Shelter, thereafter

he has been designing and developing the MC phono cartridge throughout his life.