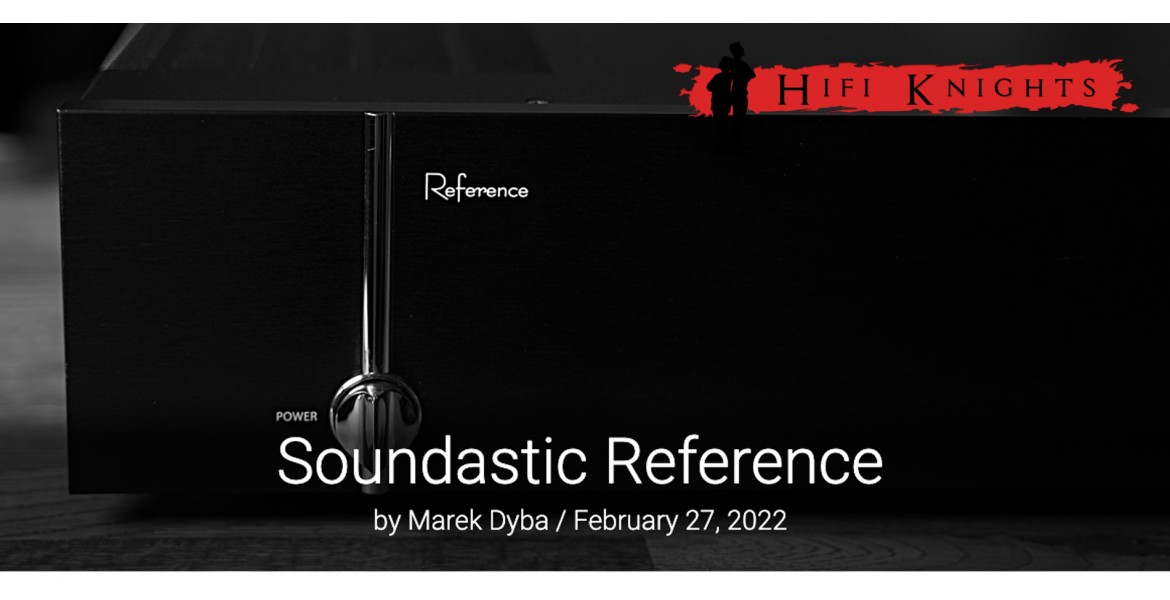 Most of you may be (yet) unfamiliar with the brand Soundastic, but at the same time you probably know Struss Audio

. The former is nothing else than the latter re-branded. Continuing the traditions of its predecessor, the new/old Polish manufacturer offers an integrated, the name of which suggests top performance from the start.

Let me introduce you to the Soundastic Reference integrated amplifier.

When the news about the passing of Mr. Struss, one of the most famous Polish amplifier designers with great knowledge and experience, arrived some time ago, it could have seemed that the days of the brand named after him were numbered. As it turned out, they were, but only because, according to the press release, the company’s shareholders decided to change its name to Soundastic.

The current lineup of the new brand includes three integrated amplifiers – the DM-250, Ultimate, and the top of the range Reference. It is the reviewed integrated amplifier named the Reference, which by itself seems significant, that is the first product offered under the new brand. Interestingly, on the outside, it is, first of all, still very similar to the DM250 I tested some time ago (see HERE), although the new design abandoned one interesting, at least from my point of view, element, namely the red wave theme on the front.

On the other hand, the new Reference is almost identical to the Ultimate, which was introduced to the market after the DM250, still under the Struss Audio brand.

When looking at the fronts of both devices (ie Ultimate only in the pictures – I haven’t seen it live), it is difficult to point out any differences between them, apart from the model name and the logo of the previous brand (on the Ultimate). Interestingly, the Soundastic product has been completely devoid of the logo, and only the name is displayed on the front.

The differences between the new model and the previous ones are more clearly visible on the rear panel.

The Reference lacks the Pre-out and Power-in connectors, but instead, it offers phono inputs not only for MM but now also for MC cartridges and additional line inputs.