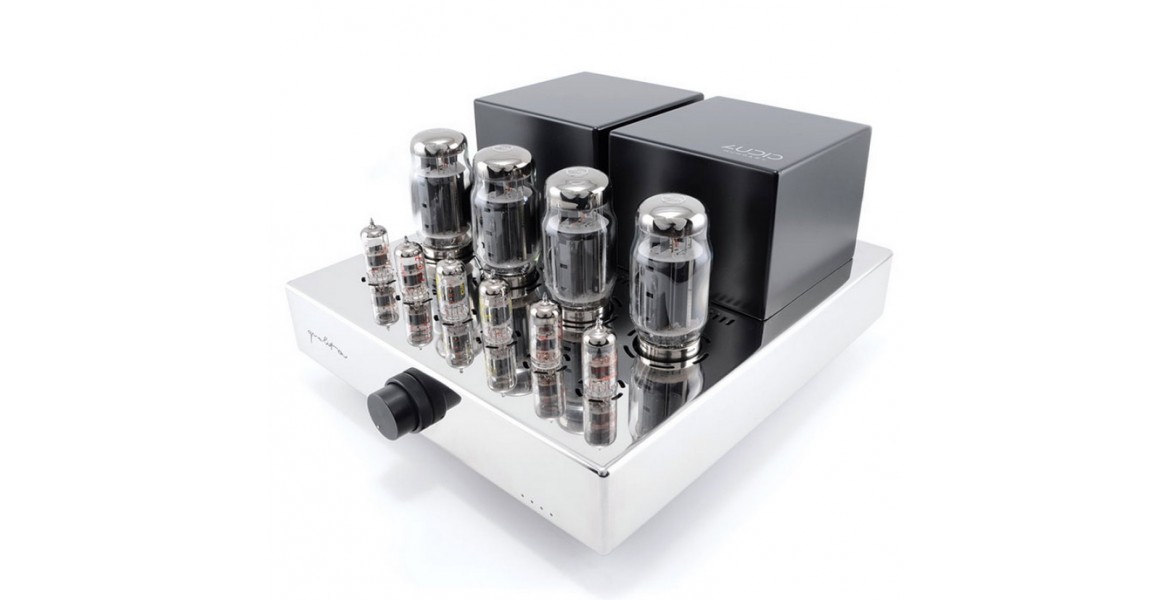 Audio Hungary, GET ready to own one !

Haris Alexiou – “Nefelis Tango” started with a classical guitar, as if I were on Mykonos and the waves were spraying fresh water on my face, I immediately taken to the first time I had heard this piece being played. It was with the actual performer singing it live.

I was on a cruise, and although no boat was here to take me away now, I sailed effortlessly with the Audio Hungary Qualiton A50i. Sure, the fact that it is playing next to an MSB Select DAC, obviously helped.

What I never thought though, was the fact that I would notice the intricacies of the Select (and I do mean the most idiosyncratic and meticulous instruments and their playing) through the much more economical amplifier which Audio Hungary has given me for a long-term test (so I can be very specific in saying that what you read here is after endless hours of testing and living with this machine).

This amplifier with 50Watts class A.

It will be playing from the first moment you take it out of the box.

From the first song, you will be taken in by the pure love. I believe, I have heard the acoustic guitar on the specific title mentioned above over 30 times since then.

I simply could not get enough of the instant colour changes, the change between the bars.

The essential passion that it sounded like in life. I had been looking for it since I had heard it live, but here it was, out of nowhere.

If there was one tube for every instrument, it would seem this amplifier has dozens. I am thoroughly enjoying tonight.

I feel great, and in the end, the truth is that music, and my listening is not just therapeutic, it’s here for my entertainment and tonight is one of those nights as many with this wonderfully blessed creation.

Who makes this? I have no idea how many men and how many hours it takes to make this product, but, let me start by saying that if I had them in front of me, I would shake every single one’s hand and take them out to dinner. When you have an MSB Select (110.000 euros Retail in Athens), you have achieved what vinyl can accomplish, up to a very high percentage.

Sometimes it surpasses it. Compared to the album with the turntable which is being tested next to the Select DAC, there are few differences, with only minor needs in atmosphere to be compared to the digital recording.

The same differences existed. The tube amplification of the Audio Hungary was literally a completely different experience than the solid state, but the energy of the music, its sonic attributes, tonally correct on both. So, it’s a matter of preference and size of load needed for the speaker, room size, tube or transistor i.e.

At about 6.500 euros, tax included for this Audio Hungary push-pull Class A Integrated with KT120 or KT150 tubes, we have a complete solution for even the most creative reviewers who would love to shun any name that is not famous, as it is not what costs many times the price. It does not have a badge of reference quality known to the entire audiophile planet as others are, YET.

When the music played, and the person who listens communicates between each other, then we have a winner.

This winner is you, the listener. This quality makes it differ from anything else in its category.

This is where audio should be as a starting point and not the finish.

So, wake up amplifier makers.

Take a look at a very matured company coming back to the new world.

It is going to be a very sunny day when people start realizing that Audio Hungary is a serious company, with a history, with hard workers, with weight on its shoulders, to make the best it can, to surpass itself continuously.

I know for a fact that it receives feedback from its dealers and its clients and immediately checks and rechecks for possible effective upgrades.

The black knob on the front comprises of two parts (despite its look to be one) – an internal disk and a smooth roller actually exist.

Here in this simple, nonchalant way the volume control and inputs selection are handled together, an internal and external ring thus makes it easy to do everything in one movement, from one hand alone. Very smart ergonomics indeed. I was very surprised to see that there was so much care taken for the versatility and not just the looks and audio performance.

On the back here are three unbalance inputs (RCA) and a balanced with mini-XLR input.

I prefer it didn’t have this mini, but a normal size adapter as to not search for the specific hard to find cable or adapter.

The selector displays a small LED just below the bottom edge of the front.

The LED next to the dial updates the end user of the status.

When it is red, it means that the signal is muted and the amplifier warms up and then when it turns white – it’s time to rumble

For the months that I have had this amplifier, I have never waited long and I have never had problems with the machine. It is very well made and after extensive use, and with the extreme changes with equipment.It was also very friendly with all but one speaker, which had two 15 inch woofers and was a DIY, so I guess that makes it 99% friendly, and easy to match with most speakers out there.

The remote control can be used as a weapon as well as a remote control, it can easily do harm to anything it is thrown at, with its weight and its shine. It is a hard remote to miss and even a harder one to forget.

I have yet to use such an effective remote that is so well finished, it has nothing to be compared to, but rather be the first of its kind in quality.

Sincerely impressive and not a frivolous item since I have this from September and I am still in love with it, using it daily, for quite a few hours I might add.

On a quick note Audio Hungary thankfully used bulbs which are easy to acquire or even get more power from if you choose.

Many people who came to my home to hear the amplifier, not only commented on the fine finish and weight of the remote, but the actual core machine which had the same polished stainless-steel metal which might account for its rather heavy nature.

Now back to the music.

Still stuck on the same album, and since I keep on listening to the same tracks again and it again, it looks like this article will be solely written with this in mind.

Why not, it has bass, vocals, instruments which do not need to be played with electricity, and a depth of stage which the Audio Hungary has given to simply make you fall in love with.

When it comes to bass, it is tight, precisely the size it should be and remarkably entertaining, something most companies have forgotten about.

I remember calling the Audio Hungary, as Hungry Audio when I had first brought it home. It was such a shock that I could change so many speakers and it gave the speaker enough power and color to be played on the Rhapsody Audio Solutions speakers at the time, as they are now with the Vantage S from the same company.

Some people would say that the characteristics of this speaker and others of the same company are different, and I would not argue with them, the mystical nature of how they get so much from smaller woofers is a wonder for physics, and they were both played wonderfully by the product being reviewed and toughly tested for thousands of hours.

Unlike other reviews, this was kept and used with many pieces of equipment, I cannot say this enough times. it has played for 12 hours straight, it has been through every type of music known to me, and has produced endless hours of pleasure with no fuss. I sincerely wonder how they made this possible with such a low cost.

This is where Hungary comes in, the history of the company and the many decades of history it has, despite most of us not knowing about it. I will not give the exact history, that you can find on the site itself, but what the site cannot tell you is how happy an amplifier can make you at such a price.

Something so alive that can keep you listening again and again to the same piece of music, literally over 20 times. I have forgotten to mention the Audio Solutions speakers pair model Vantage S, being used now in my system, comes to a cost of close to 40.000 euros and is exceptionally well driven, even to extreme levels of loudness without distortion with the specific amplifier.

Is it just me?

What about my colleagues?

What do the others think of the product? I say this because I do not want to sound overwhelmingly subjective. Let us take a look at my colleagues and what they have to say about the Audio Hungary.

“There is something magical in this sound… Whenever designers manage to use bulbs to their advantage, as they did in this case, the result is a beautiful performance with focus on music rather than on technical aspects of the recordings.

“A toroid transformer design was finally selected, although it is the most difficult to manufacture with precision, requiring a lengthy and painstaking winding process. That is a reason why very few high-end quality amps are made with toroids. Mains transformers are also made in-house, from the vacuum-impregnation of the iron cores to the highly impermeable transformer covers. These are all cost increasing factors but any high-quality amplifier ought to be made with such a degree of electromagnetic shielding”.