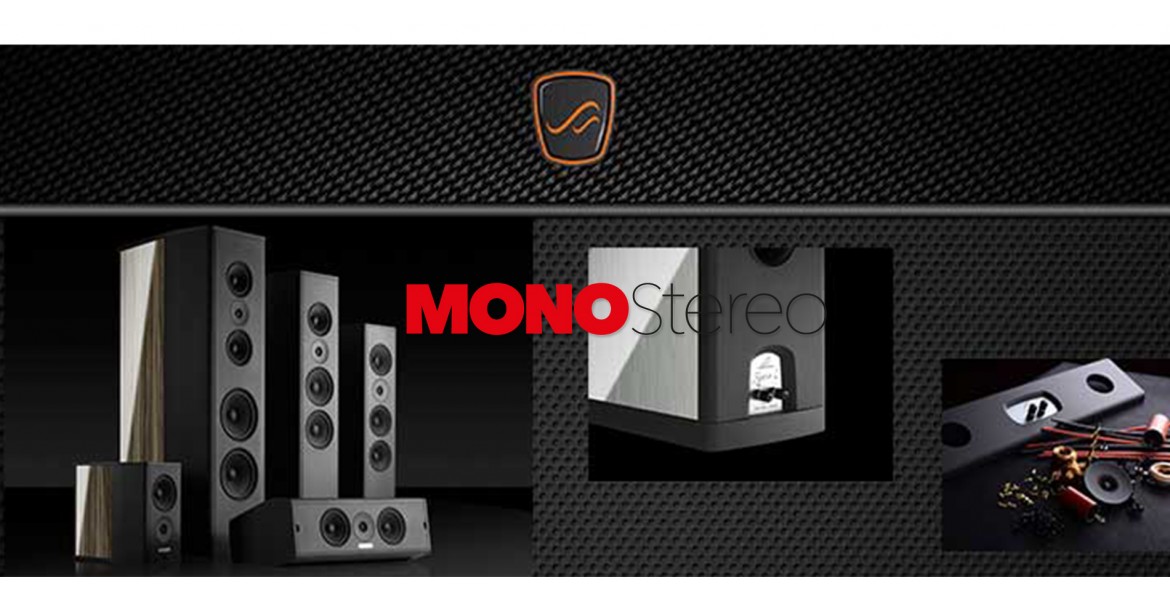 What makes any audio product worthy of the high-end notion? Recently the high-price is surely becoming or is already a driving factor of determining so-called high-end audio kittening. Audiosolutons acts completely opposite under the leadership of Gediminas Gaidelis.
As you’ll learn on, Gediminas deliberately and constantly challenges not merely himself but with his latest products also the industry with his quest for a loudspeaker of a true high-end audio pedigree, but an omission of the elite conduct of a loftier pricing. 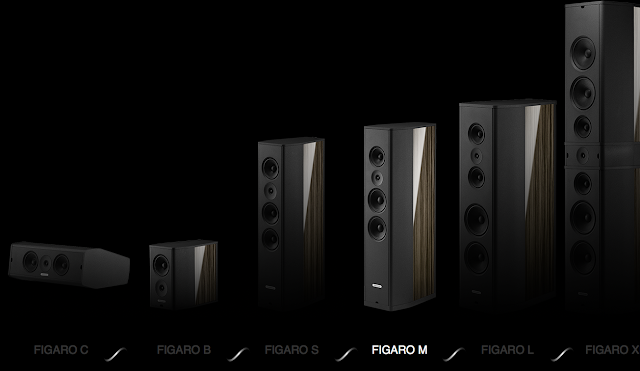 The all-new Audiosolutions’ Figaro speaker line is the developmental and evolutionary step up from the Rhapsody range. There is no stepping down when it comes to the quality of the materials, built in parts and most impotently the sonic potency. 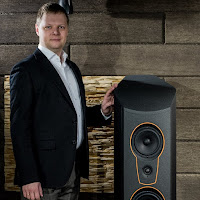 After six years of R &D, Audiosoluitons team has managed to optimize the production in such a way, that they can bring the same quality at a considerably more affordable cost and without losing the auditory impact. Their Self-Locking cabinet approach to the enclosures assembly, dedicated tweeter horn and plenty more of propriety designs were being trickled down from the Vantage Anniversary flagship speaker series. The key factor of doing this was also the production efficiency and highly competitive determination of the Audiosolutions CEO and owner Gediminas Gaidelis. 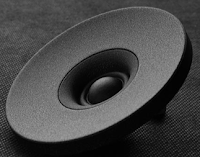 One cannot argue about the fact that there are already more than enough speaker companies taking care of the steady demand for the natural wood finishes and veneers. Gediminas wanted to follow the ongoing trend of the interior design and gradually, but surely pointed his manufacture and speaker designs towards more contemporary outlook. The Audiosoluitons head honcho strongly believes that classical shapes and finishes are not fitting well into the modern surroundings of the younger generation.
Consequently, the all-new Figaro line was brought to life as the successor of the Rhapsody series in the same way as the Overture line was established to take over from the Euphony series speakers (after being highly successful for six plus years). “Figaro maintains the same style accents as Overture or Vantage series and gracefully slides into overall AudioSolutions production portfolio.” 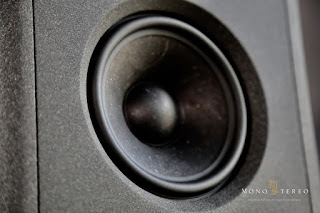 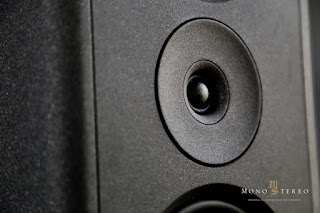 Audiosolutions’ Self-Locking cabinet assembly that translates to an exceedingly solid enclosure joints technique that symbolizes the attributes of the monomythical structure assures focused, fast, deep and highly controlled bass even for the S, the smallest model in Figaro line. 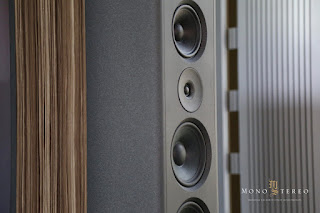 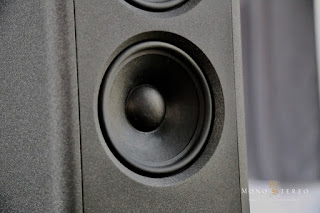 Self-Locking chassis reacts very differently to the inertia, then the common six surface approach. Such designs are generally lacking appropriate handling of multiple frequency control. The bass reproduction is tamed down, decays and delays are presented more chaotically and in most instances sound energy accumulates at particular frequencies, therefore functioning as an equalizer.
In more familiar—earthly language, the booming bass (d)effect takes place. 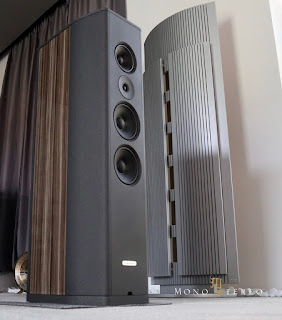 “This is typical problem for speakers under 10000Eur. Our Self-Locking cabinet is designed in completely different manner. It is possible to achieve much greater sonic properties with only little more expenses if engineer knows what he is doing and financial department approves for couple more bucks in self-cost. The key concept in eliminating unwanted vibrations is combine materials with different resonant properties so they damp each other. Simplest way to do that is to use different thickness materials or make sandwich of different materials. We did both. Figaro cabinet thickness varies from 18mm up to 50mm in different areas, and starting from middle way to all back speaker part is made from sandwich materials (in the back of speaker maximum pressure is always present and this is critical area). Combining materials is nice, but we stepped further, we modeled every surface in speaker and made its vibration analysis as a whole, so we can see how important is joints between different surfaces. It is remarkable what modern software can do. It is a very big difference between simple glue joint between two surface edges and our Self-Locking joint. Without Self-Locking joints cabinet was good but not perfect, after calculating our joining technique cabinet became almost monolithic.”
The secret behind this method is the cordial acting of all surfaces as one giant sandwich construction that dampens and cancel out singularities. 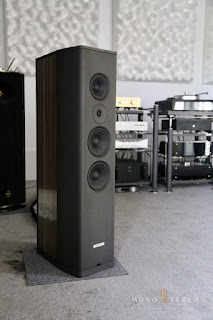 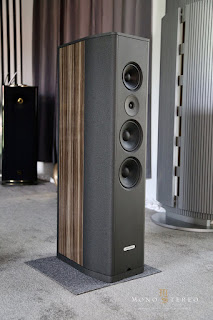 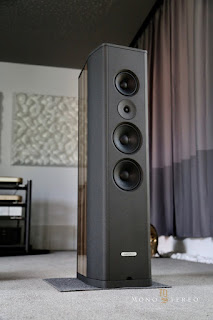 The usual sandwich construction might perform their duties stellarly on its own but simply loses the potency once all of them are joined together as a whole. Suddenly the potential properly functioning process of solitude solutions develops into a giant assembly of non controlled conditions.
As opposite, the Figaro M speakers function in absence of typical bass booming. The result of Audiosolutions technique secures the even and regulated delivery of all frequencies. One would predict how such an enclosure would be stiff and heavy as anything. Well, not at all.

Gediminas has managed to scale down almost 50-70% of the sheer weight and Figaro M’s 41 kgs would claim almost 70kgs in the real world.

MY WAY OR THREE WAY

“All Figaro models, except bookshelf and center speakers are three ways. Why three? Well there is two main opinions where one states that two way is better because speaker is closer to point source and there is only one crossover point meaning more homogeneous sound, another opinion is that three ways is better because engineer can pick crossover points not to meet critical area where human ear during centuries of evolution became most sensitive (800-2000Hz). I myself was for two ways at first, because design is much simpler yet cheaper, however now almost all our products shares three ways (even bookshelf Vantage) because not having crossover point in critical to ear area really does the job. All products which were designed following this fashion received best impressions usually like “highly detailed and clear midrange”. I am not saying that two ways is much worse, we have some bookshelf designs with two ways but we are forced to use more complicated drivers and raise crossover point as high as possible to step away from critical crossover area.”

The usual soft dome tweeters can (and do) start distorting too quickly at the greater playback volumes. Figaro M implements the mini-horn and waveguide that undoubtedly helps with the “shaping” of the highs. Gediminas also picked slightly smaller tweeter driver for ensuring the faster transient response in the higher spectrum.
Larger tweeters might be more suitable for the two-way designs, that calls for better handling of energy, but the Figaro M tweeter choice escapes the loosing of the slower reaction time, thus lower level of transparency. Figaro’s smaller tweeter has a much lighter membrane, that provides faster response and considerable lower distortion.

In high-end audio loudspeaker's grill serve as more or less the necessary evil and consequently the sound presentation will highly likely be changed in a not exactly subtle way.

Audiosolutions constructed their own “stealth grille” for the Overture series based on their analysis and understanding: “The main concept of grilles is wrong starting from a scratch. That’s why people are forced to remove grilles when they are listening to speakers. Our protective grills share a unique technical decision where one speaker has two different FRONT BAFFLES (one with protective cloth other without) which shares the same geometry.”

With anything in a stand before the speakers' drivers, the front baffle geometry changes and alterers the early reflection as well the originally sonic direction It’s a compromise, to begin with. 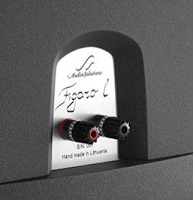 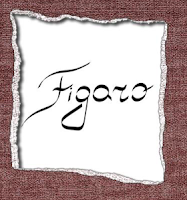 "When scientists are talking about reflections, standing waves, scattering etc. the key variable here is geometry. It is geometry to blame for all effects of poorly designed grilles. By applying typical grills on top of front baffle you change speaker geometry and what is most audible is first reflections from plastic grill mesh or from MDF edges which is usually 1cm thick as minimum."

Audiosolutions's “stealth grilles” employs the same geometry for both front covers. Its actually more spot on to call them baffles as Figaro M speakers’ grills were actually projected from the ground up as an integral part of the front baffle. So, when they’re exchanged the geometry is exactly the same and as planned originally.

Gediminas ensures that the difference cannot be measurable and audible evaluations confirmed it.

VARIETY IS THE KING!

There’s no uncertainty. The customer is the king and diversity of finishes are essential for covering as many distinct tastes and preferred color preferences. Figaro M speakers are available in 17 various surfaces. This allows finding an exact interior matching for even most demanding clients.

Along with favorites like high gloss Xiralic finishes, Audiosolutions are also extending their unique looks with the 3D textured high gloss finish, or three contrasting colors of linen in a high glaze.